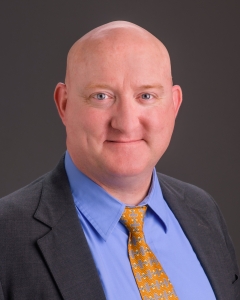 Chaplain (MAJOR) “CHAP” Laird Thompson, U.S. Army Retired 1991-2017 is an Ordained & Endorsed Full Gospel Army and Health Care Chaplain with Chaplaincy Full Gospel Churches and has 28 years of ministry and leadership experience in the U.S. Army and Civilian Ministries. He graduated from Oklahoma State University ROTC program in 1999 with a BA in Psychology Counseling. As a Chaplain Candidate in the Missouri Army National Guard, he earned a Masters of Divinity from the Assemblies of God Theological Seminary in 2007. CHAP has served in Army chapels, civilian churches and ministries: First United Methodist Church of Tulsa, OK, Chi Alpha Christian Fellowship, Evangel Temple Church in Springfield, MO., Harry Truman Veterans Memorial Hospital, and Destiny Point Church in Columbia, MO. Chaplain Thompson has completed Residency in Clinical Pastoral Education, he has the Army Special Skill Identifier R7- Hospital Chaplain, and he has ministered 7 years Clinically in 3 hospitals and 2 hospice companies.   Chaplain Thompson was selected as the 2012 Hospice Health Care Champion by the Springfield Business Journal.

Chaplain Thompson’s wife Emily Crawford-Thompson describes him this way: “Laird is a man after God’s own heart; he provides Biblical Pastoral Counseling that is Solution Focused, and he operates in the Gifts and Fruit of the Holy Spirit to lovingly convey hope, truth and wisdom to help you discover, restore, and empower your true identity. Spending time with Laird will help you have a renewed strength, hope, and inspiration by Godly encouragement. Laird is an exceptionally unique, louder than life visionary, teacher, and leader who you can trust to tell you the absolute bold truth with compassion, confidentiality, genuineness, and delightful humor.” CHAP enjoys fishing with his 2 sons Levi and Isaiah, many outdoor activities, helping people, volunteering and worshiping/serving his LORD and Savior Jesus Christ.

Laird works with ages 12 and up, and he offers life coaching sessions for $70/hour.  Discounted rates are available for veterans and students.  Schedule a free telephone consultation to find out if Laird is a good fit for you.  Telehealth appointments are also available.

Contact Laird at [email protected], or click below to schedule an appointment.  MORE ABOUT SPIRITUAL CARE AND CHAPLAIN SERVICES

LAIRD THOMPSON, M.Div. IS A TELEHEALTH PROVIDER.  PLEASE CALL 573-818-7010 OR SEND US A MESSAGE AT [email protected]. CLICK HERE TO LEARN MORE ABOUT OUR SECURE TELEHEALTH PLATFORM.

The link above takes you to a website where you can schedule an initial interview with Dr. Emily Crawford-Thompson, Ph.D. If you do not see a time that works for you, please contact the office at [email protected] or 573-818-7010 to see if we can accommodate you at another time.